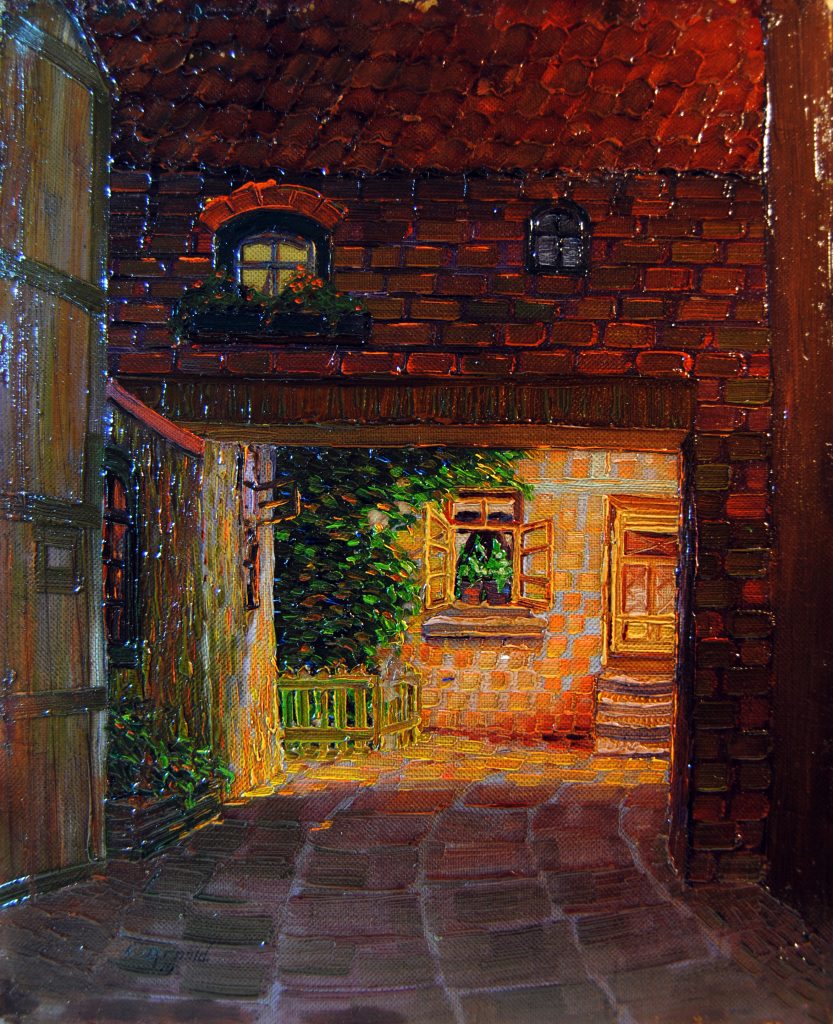 The „Stiller Winkel“ (Quiet spot) is one the earliest known oil paintings of Arnold. In 1919, he kept lose ties to the Artist Colony Dötlingen, near to Bremen. His drawings of Dötlingen show analogies in topic and in the still tranditional style. Also, his well known characteristic monogram „CA“ wasn’t in use yet. The composition ‚view through a gate‘, creating a picture in a picture, can be found in variations throughout his oeuvre.

Please compare to the woodcut „Reading Woman„, 1926, in section: „Graphics and Prints“ and the water Color „Recovering Boy„, 1921, in the section „Drawing & Watercolors“ . 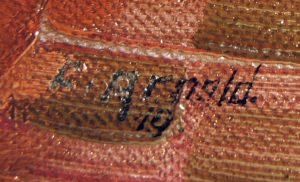 Christian Arnold was born in 1889 in Fuerth. During WWI he served as soldier and was injured.
As painter he worked as technical designer and autodidactic as artist from 1917 on. Arnold joined the „Künstlerbund Bremen“ and
the „Vereinigung für junge Kunst“ During the Nazi regime he was expelled from the „Künstlerbund Bremen“ and received an exhibition ban.
He remained in inner emigration. He was arrested twice through the Gestapo for refusing the Hitler salute and for anti-nationalist statements- which was considered high treason. About 1/3 of his oeuvre was destroyed in an 1944 bombing.
After the war he continued to work as painter but suffered from severe health problems.
Arnold died in 1960 in Bremen.