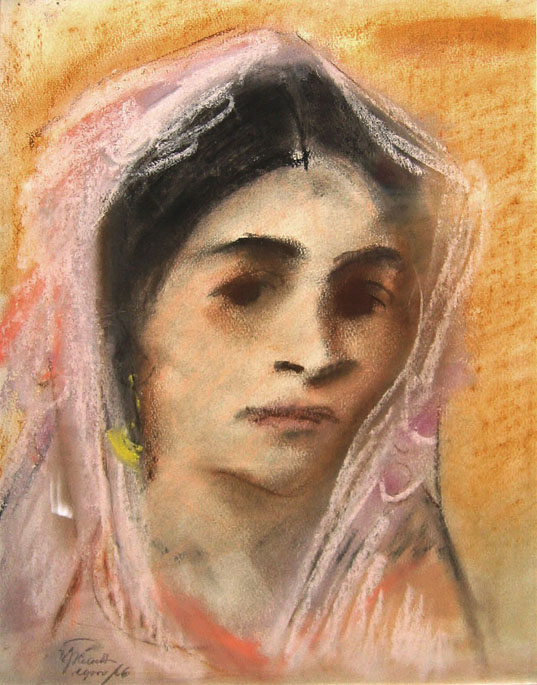 „Männe“ Hundt was member of the artists group „Junges Rheinland“ and, like Otto Dix, Gert H. Wollheim and Otto Pankok,  part of the direct circle of the famous artdealer „Mother Ey“ in Düsseldorf. The portrait was executed while residing at the isle of Capri in 1926. 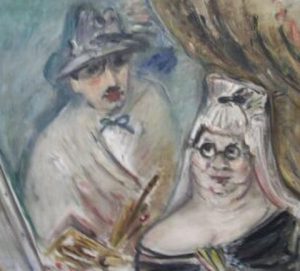 Not in the collection: „Selfportrait with Johanna Ey“, 1929, Oilpainting on canvas, Stadtmuseum Landeshauptstadt Düsseldorf.

Jean Baptist Hermann Hundt
was born in 1894 in Muehlheim an der Ruhr. He started his studies at the Art Academy Duesseldorf. Together with Otto Pankok and Gert H. Wollheim he joined the Artists Colony Doettlingen. During WWI he fulfilled his military service and afterwards continued his studies at the Art Academy as master student of Heinrich Nauen. In 1922 he joined the artists group „Junges Rheinland“ which was founded by Pankok in 1919. 1925 and 1926 he stayed at the island of Capri where the present painting was executed. Hund was part of the direct circle of the art dealer „Mother Ey“. At her gallery „Junge Kunst – Frau Ey“ progressive artists
like Otto Dix, Arthur Kaufmann, Adalbert Trillhase, Karl Schwesig, Adolf Uzarski, Robert Pudlich, Bruno Goller, Jankel Adler, Walter Ophey, Jupp Rübsam and Max Ernst exhibited.