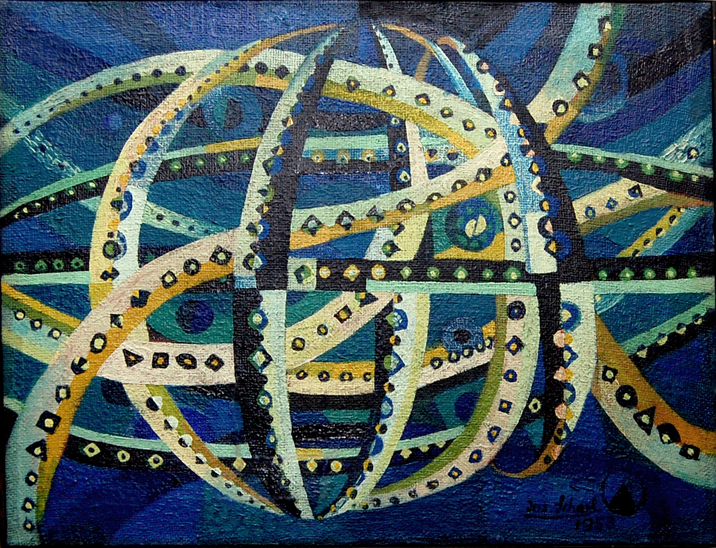 The „Star system“ was painted in 1953, while Josef Scharl resided in the USA. It was Albert Einstein who had helped him to emigrate from Germany in 1942.

Einstein acted as guarantor for Scharl and wrote in his favor:

Besides the signature of the artist, the painting „Star sytem“ bears the Exlibris sign of Abert Einstein. It is not known, if Einstein participated to a certain degree in the development of the series of „Star systems“. Also, a star map appears, when held against the light. 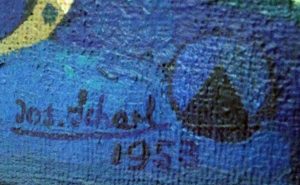 Signature of Josef and Exlibris plate of Albert Einstein 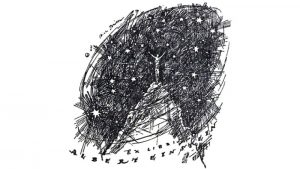 Exlibris bookplate of Albert Einstein, made by Erich Büttner, Berlin, in 1917. 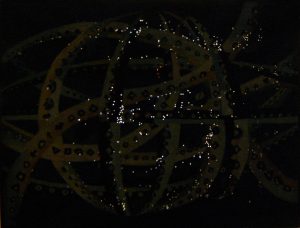 A star map appears in the painting Star system.