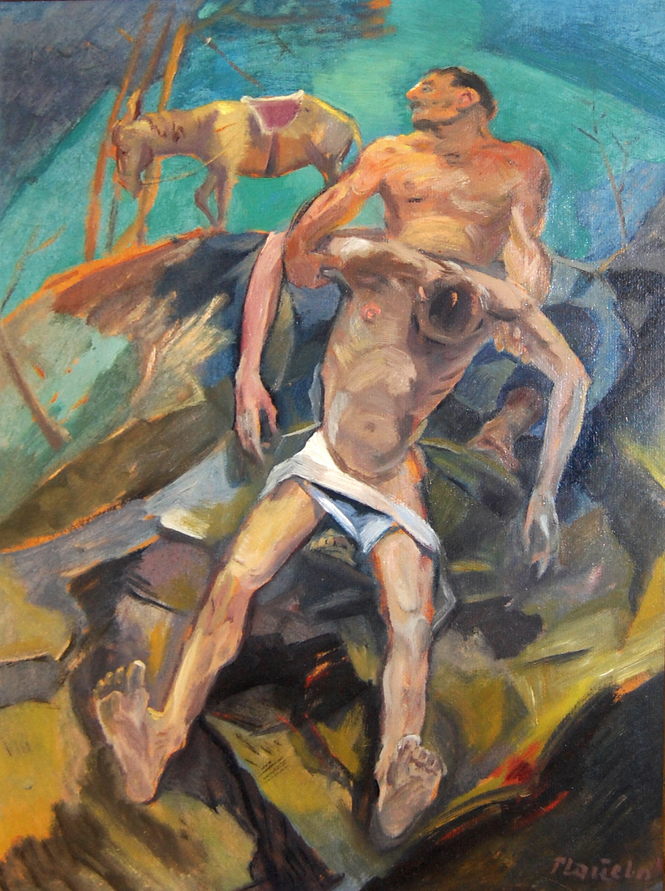 LUDWIG PLAUELN (German, 1910- 1971)
„Der barmherzige Samariter“ (The good Samaritan), 1942
68cm X 55cm, Oil on board. Provenience: Offenbacher Kunstkabinett Behr und Trefzs.
Plaueln was living in Offenbach near Frankfurt and was a student of the painter and designer Richard Throll (1880-1961). In 1929 he became member of the Bund Offenbacher Kuenstler (BOK). 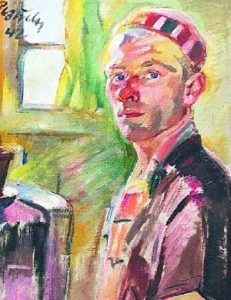 Even though he had to serve as a soldier in WW2,
he was working active against the Nazi-regime by distributing dissident flyers and tagging paroles in public places in Offenbach.
In fear of the Gestapo, he was forced to hide in the woods near  Schluechtern for months until the end of the war. After the war, Plaueln was in charge of reorganizing the cultural life of Offenbach and became the chairman of the Bund Offenbacher Kuenstler (BOK). 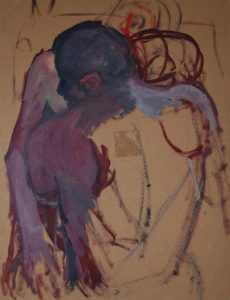 Reverse of the painting is a study of the composition.