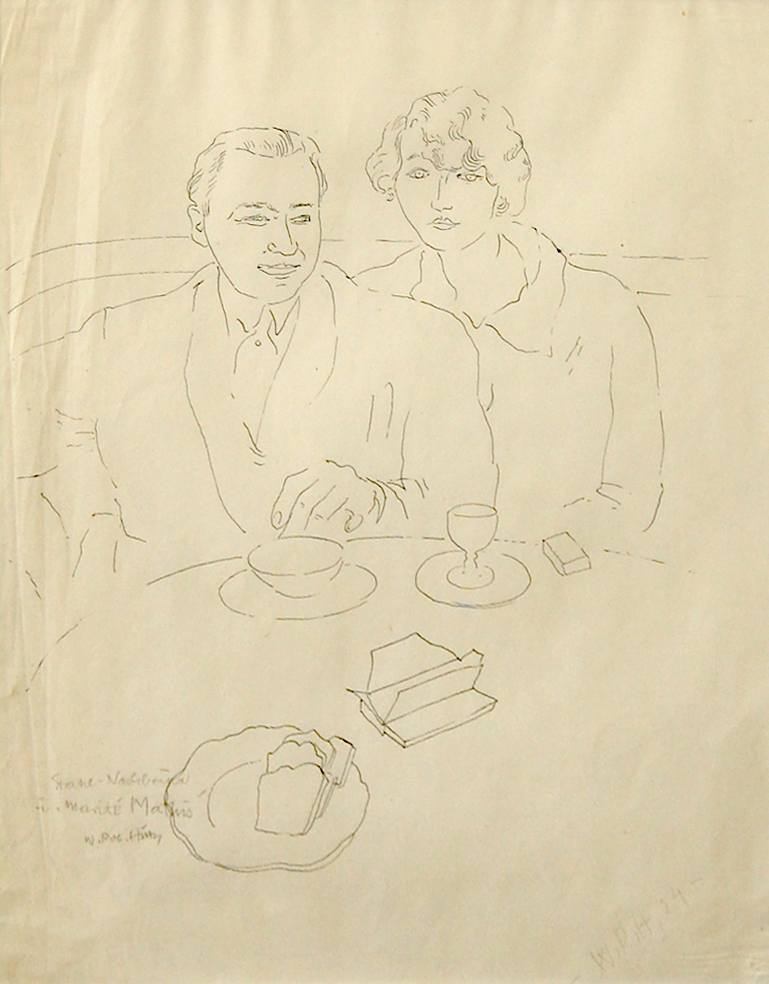 Huth was artistically very close to the expressionist works of Kirchner and Schmidt-Rottluff.
After the Press mocked this obvious relation, he resigned from the active artscene to find his own style. The drawing above
is one of his earliest attempts to overcome expressionism.

Willi Robert Huth was born in 1890 in Erfurt. He started his studies at the school of applied arts and crafts in Erfurt and Duesseldorf. 1915-1918 he served as soldier and was held in British imprisonment where he met the artist Thomas Ring (see works of him in the section „Abstraction“).  In 1919 he started out as independent painter
in Berlin and became friend with Karl Schmidt-Rottluff, Erich Heckel, H.M. Pechstein and George Grosz. He married the painter and designer Martel Schwichtenberg in the same year. He joined the expressionist group „Jung Erfurt“ in 1919 (see works of the other members Willy Kirch and Alfred Hanf in the section „Figure“ and „Landscape“) . Together with Hermann Sandkuhl, Huth was founding member of the 1921 „Juryfreie Kunstausstellung“ (jury free exhibition). For the „Kestner Society“ Hannover, he designed 6 lithographs for the annual Kestner portfolio.
Other artists of this famous print series were Karl Schmidt-Rottluff, Max Kaus, Martel Schwichtenberg, László Moholy-Nagy and El Lissitky. Together with Lyonell Feininger, Paul Klee, Erich Heckel, Otto Mueller, Heinrich Nauen Emil Nolde, H.M. Pechstein Christian Rohlfs and Karl Schmidt-Rottluff he was featured at the „1. deutsche Expressionistenschau“  (First German Expressionists exhibition) at „The Andersen Art Galleries“, New York in 1923. He travelled to Italy, Spain, Austria, Switzerland and Paris and devloped his new, non-expressionist  style.