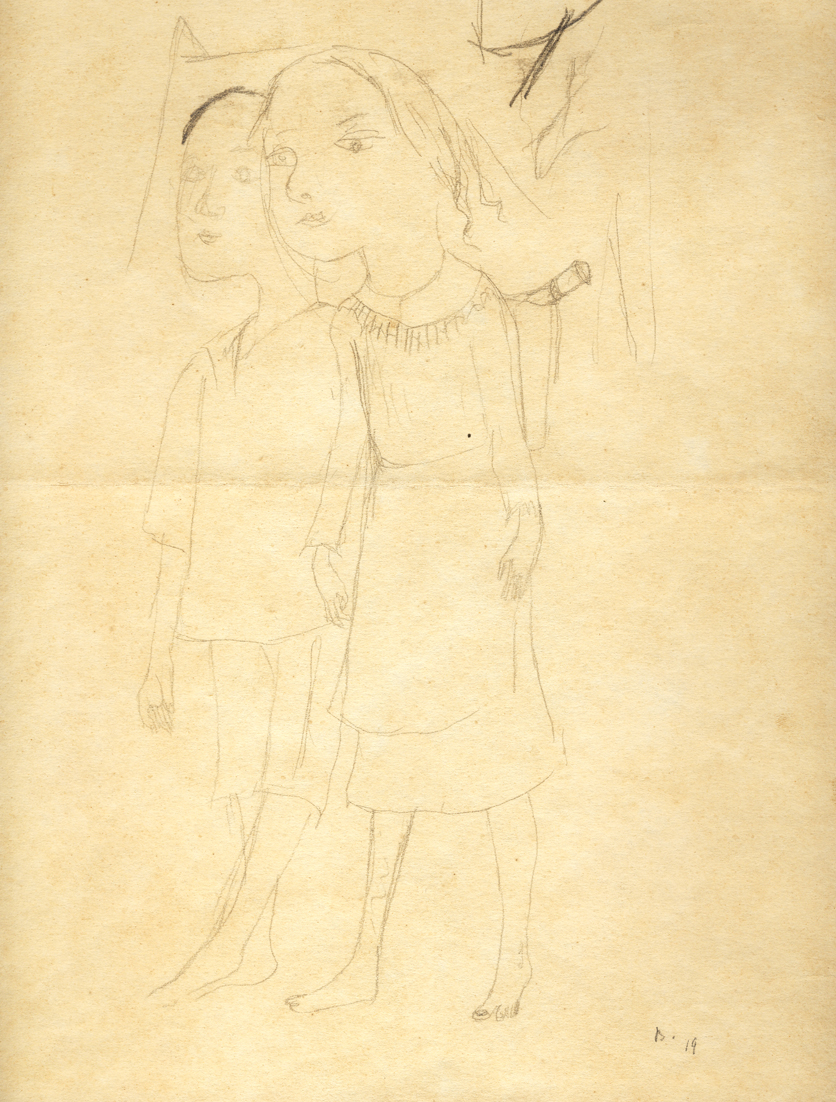 Walter Becker was born in 1893 in Essen. He studied graphic techniques at the school of arts and crafts in Essen,
from 1915-18 at the art academy Karlsruhe and finally as master student of Karl Albiker at the art academy Dresden (1922-1923).

In 1919, when the present drawing was executed, he was involved in illustrating classical literature and designs
for a Majolica manufacture in Karlsruhe. Becker kept contact with the artists of the Dresdner „Bruecke“ group.
He married the daughter of the painter Leo von König and moved to the south of France where he stayed until 1935.
He was friend with Georges Braques, George Grosz and Jules Pascin.
In 1931 Becker was awarded the art award of the city Hannover.

In 1937 several works of his were removed from the Folkwang museum Essen and the Kunsthalle Karlsruhe and some of them were destroyed. He was then declared a „degenerate artist“. Even though he already was appointed teacher of the art academy Karlsruhe, he was dismissed before starting by the new authorities. He moved to Tutzing, Starnberger See. After the war he started teaching at the art academy Karlsruhe and was appointed Professor in 1952. He received the 1st prize of the International Graphic Guild Paris.