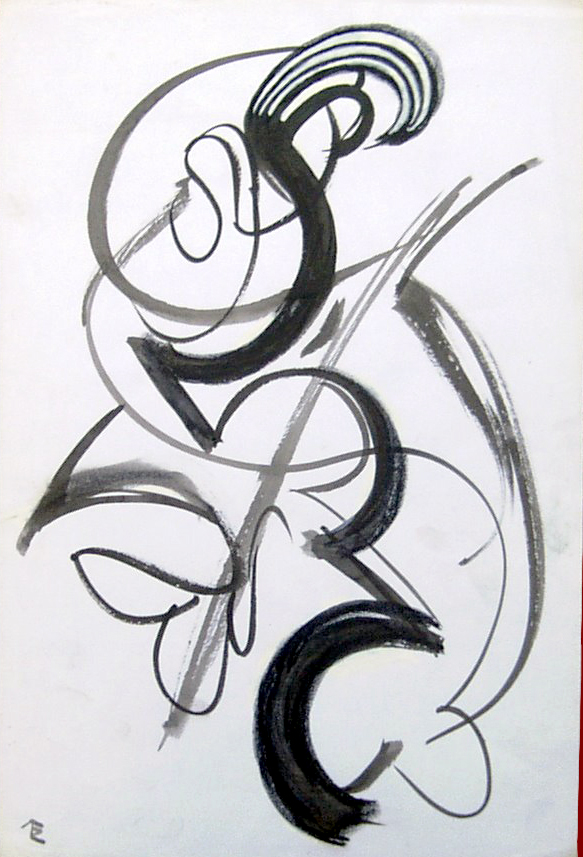 Thomas Ring was member of the „Der Sturm“ circle of Herwarth Walden.
Later he became the most important German philosophical Astrologer (besides Christian Schad!)

Thomas Ring was born in 1892 in Hoefen-Muggenhof close to Nuremberg.
After his education as chemigraph and designer,
he joined in 1913 the graphic class of Emil Orlik in Berlin.
Fellow students were George Grosz, Hannah Hoech, Karl Hubbuch and Oskar Nerlinger.
In 1914 Ring joined the army and was wounded.
He met Herwath Walden who published poems of his in the monthly „Sturm“ journal.
Back in the war he was captured by British troops and imprisoned.
Ring tried to escape several times and was sentenced to death.
Finally he was declared „insane“ by the Brits and was moved to a special barrack –
together with Willy Robert Huth (see a drawing of him in the section „portrait“)
and Hans Speidel. He was released in 1919. Back in Berlin he
had a short encounter with the Dada movement and had his first
exhibition at the Sturm Gallery with 31 of his works.
He visited his friend Georg Muche at the Bauhaus Weimar.
Ring became member of the „Novembergroup“ and regularly exhibited at
the „Juryfreie Kunstschau“ in Berlin. He studied the analysis of Sigmund
Freud and partly worked as psychological advisor. His first astrological
book was published in 1925.  Since 1927 he was member of the KPD, the communist party,
and more and more engaged in the Agitprop movement. With the beginning of suppressions
in the new regime, Ring emigrated to Austria and concentrated more on astrology.
His artists studio in Berlin with 20 large paintings and about 200 works on paper
was destroyed during a bombing. In 1943 he was expelled from the Reichsschrifttumskammer
and the Reichskammer der Bildenden Kuenste. He was no longer allowed to publish and to
exhibit. In the same year he became, due to the support of a friend, director of the newly found parascientific „Paracelsus Institute“ in Strasburg. In November 1944 he was imprisoned by the Allies, his wife Gertrud starved to death in the camp.

After returning, Ring married again in 1947, moved to Austria and, 20 years later, to Heilbronn, Germany. He focused on his writings but started to paint again in 1960ies.
In 1978 the astrological „Thomas Ring Foundation“ in Zurich was founded.
He died in 1983 in Scherding/Inn. 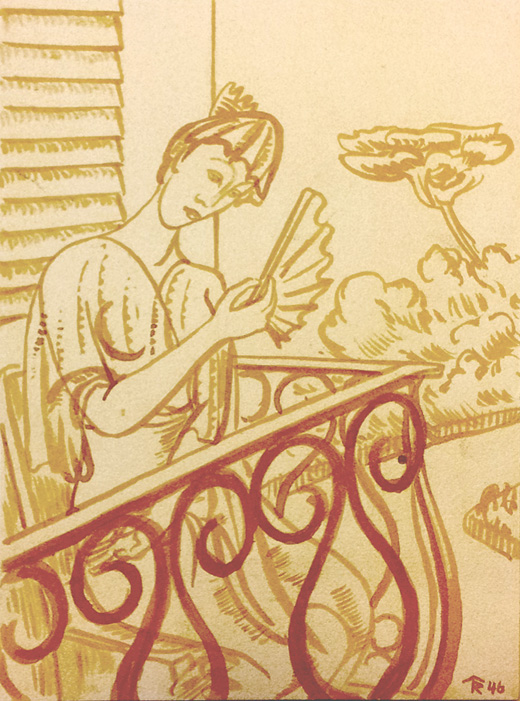