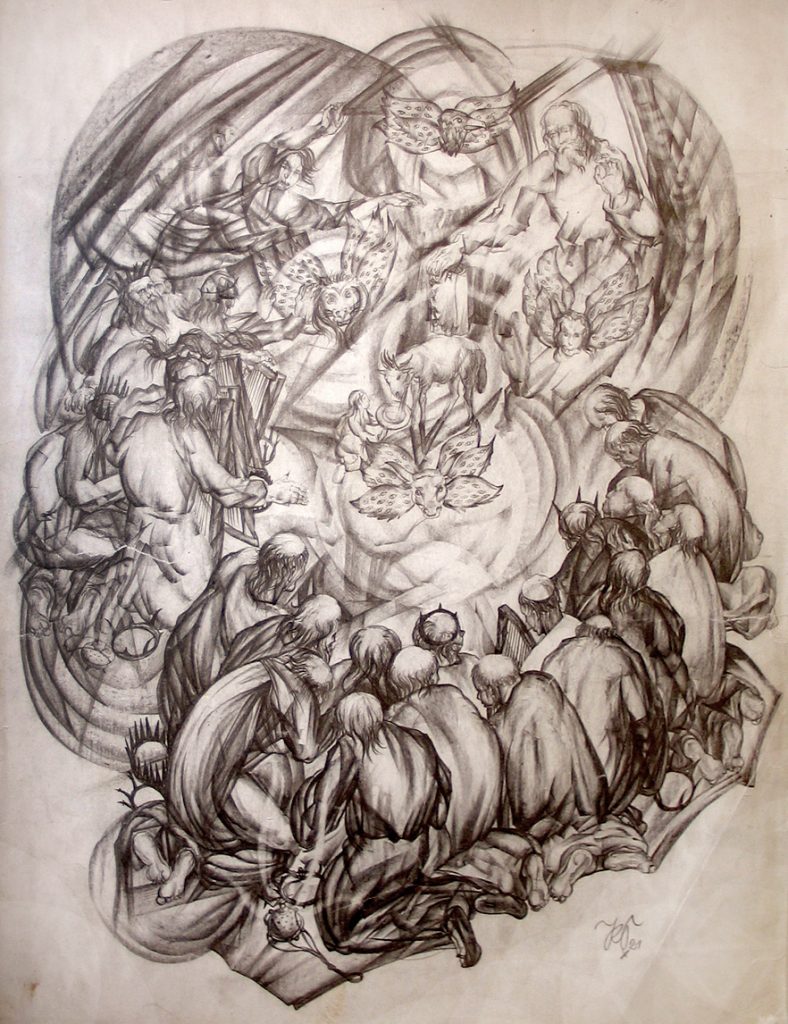 Günther was born in 1893 in Gera. He began his art studies in 1910 at the Akademie für Graphische Künste in Leipzig.
He was a fellow student of Otto Dix and Otto Griebel at the Kunstgewerbeschule, later at the Academy Dresden.
Due to a tuberculosis he caught while serving in WWI, Guenther spent his recovering time in Davos, Switzerland,
in 1917, where he met Ernst-Ludwig Kirchner. He returned to Dresden to and continued his studies at the Art Academy.
Together with Dix and Griebel, he was member of the Dresden DADA group.
1921 to 1924 he spent in Bad Reichenhall where the present drawing was executed. Her moved to Gera and  founded the artist group „pro-pro-bru“. He spent some time in Paris to study figure drawing in the late 1920ies and early 1930ies. In 1933-34 his house was searched several times by the Gestapo. Guenther was imprisoned and his work was declared degenerate. Eleven works of his were seized. After the war, he worked as schoolteacher and was appointed Professor in 1946. Guenther died in 1955 in Stadtroda.