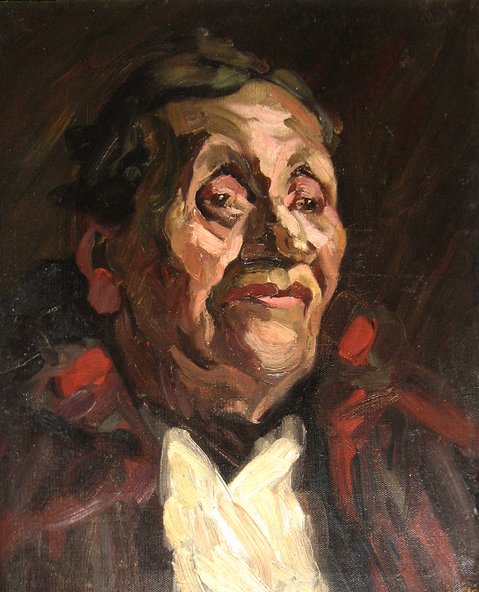 Little is known about the painter Fritz Bach. He was born in Heidelberg and later on was resident in Wertheim, Germany. Bach started out at the Darmstaedter Sezession. During this time he worked as a jewellery designer. His early painted works are done in a very powerful expressionist style. The above „Portrait of a man“ resembles strongly to works of Ludwig Meidner of the same time. Later on, Bach became more moderate and found a more naturalistic style. The artists estate is located at the „Museen der Stadt Wertheim“.